On January 11 2013, Aaron Swartz committed suicide at the age of 26. He left behind a rich legacy of programming, writing, and organizing, all of it centered on making the web open for everyone.

I never met him. His blog, Raw Thought, popped up often on sites that I used to visit, like hackernews. Most of the posts went over my head, being an amateur developer then, but they had an energy to them that stuck. The blog became a bookmark, a magnet for my attention whenever I needed a shot of energy. His death sent a shock wave through the online communities I was part of. Soon after, walking around my neighborhood, I spotted a tribute to his memory: 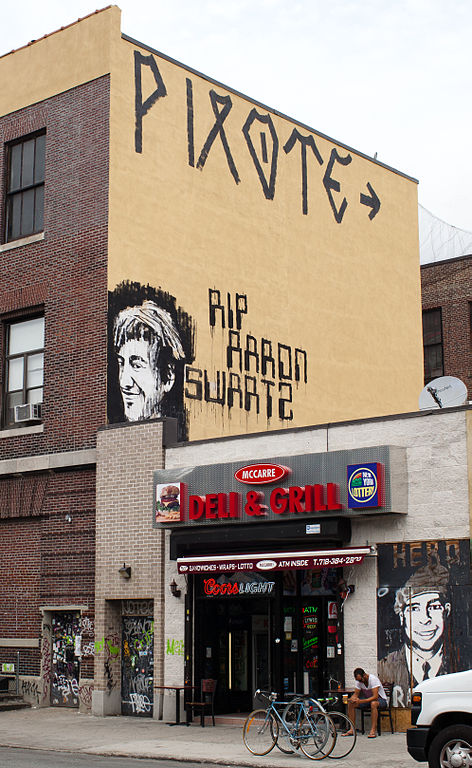 In the years since, I've both matured and read a large chunk of his blog, revealing a more nuanced picture of the person who authored it. Today, I'm struck most by Aaron's almost feverish curiosity about the world. The spotlight of his mind ranged over everything from productivity techniques to the many problems facing the web. Often, it turned inward, toward examining the human condition. Even after eight years, the posts he wrote are relevant and still give off an infectious energy.

Some favorites that I revisit occasionally are:

An e-reader-friendly version of his blog can be found here: https://github.com/joshleitzel/rawthought

I can only guess, but I think he would encourage us to keep on making the Internet open for everyone. It's one of those jobs that's never finished.

It is not our part to master all the tides of the world, but to do what is in us for the succour of those years wherein we are set, uprooting the evil in the fields that we know, so that those who live after may have clean earth to till. What weather they shall have is not ours to rule.