We're waist deep into the COVID-19 pandemic. At least life has settled down after the first frantic weeks when everyone busied themselves stocking up on necessities or hoarding toilet paper (why?). My wife and I were lucky to get the news early and began preparing around February 20th. At that time, the signal about the potential danger was weak, but we figured it was important to prepare. We live in the Pacific Northwest, which sees its share of storms outages and is home to a few volcanoes. I must admit that I'm somewhat of a prepper at heart, which brings me to what I want to write about today: the American prepper mindset.

Having grown up straddling two cultures, Polish and American, I can look at either of them from an outsider's perspective. For most Poles and, by extension, most Europeans, Americans are batshit crazy. Guns everywhere, gas-guzzling pick-ups, and outrageous slapstick humor are the stereotype in broad brush strokes. The idea of prepping fits snugly. Who hasn't seen an American disaster movie full of canned food, first-aid kits, walkie-talkies, and lots of weapons? Where does all this stuff materialize from? Well, Americans really do prepare for the unexpected. Some stash away some batteries and dry biscuits while others stock up on weeks of food and water. But why?

First, America is big. Huge, actually. Living in Europe conditions your mind to thinking in rather small distances. A trip to the sea or the mountains usually feels like an epic journey. But if you overlay a map of a huge country, say, France, on that of the US, you'd get: 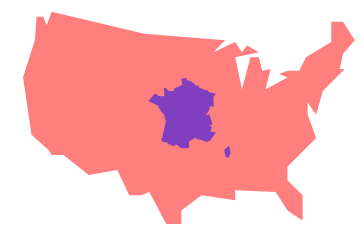 Comparison of the size of USA and the EU, courtesy of mapfight.appspot.com

Or how about a truly huge territory, like the EU itself: 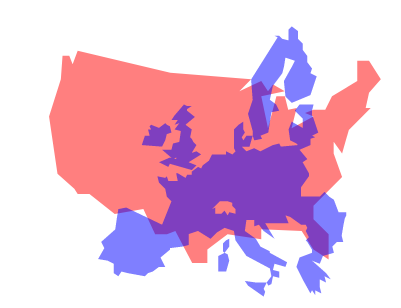 Comparison of the size of USA and the EU, courtesy of mapfight.appspot.com

When you say you're going for a short trip, perhaps to visit a friend, an imaginary stereotypical inhabitant of Europe will feel it should be under 5km (~3.1 miles), but an imaginary stereotypical American will feel it'll be under 30 miles (~48km) (citation needed, but not provided). Places and people are spread thinly here. Distances increase when you head west. Last year, my wife and I went on a week-long road trip aimed at a few nights of camping around Lake Tahoe. Sometimes, when departing a town, a sign would warn us about "No Services - Next 80 Miles." To drive for an hour or longer and pass only a handful of houses and other motorists was a strange new feeling. What if we caught a flat? Could we even make it to next town on a spare? Or, what if it was winter and we had an accident? How long would we have to wait for help? These questions lead me to my next point...

America is empty. Take a look at this nice interactive population density map and imagine that all that white means "there's nobody around, so you better be prepared." If you live there, you probably want to be able to hunker down for some time if you get snowed in or lose power. Gotta be careful about wild dogs, coyotes, bears, and other animals too, so a firearm would be handy. If you only go through the vast spaces, it's probably a good idea to have some energy bars and space blankets in your car on top of a beefier first-aid kit. If you have to work there, you'll want to invest in your vehicle so you can help yourself when you get stuck in snow or on some shitty side road, which almost happened to us on that road trip.

During the same trip, one day we decided to take a detour and spend the night in the Black Rock Desert (don't all good horror movies start off this way?). We left Cedarville, CA and headed east toward Nevada. At the state border, the paved road turned into gravel. Our Subaru Outback ate it up hungrily and, because we had both a spare and a repair kit, we weren't afraid of a puncture. At one point, we turned into a side rode that was barely wide enough, but we had to slow down to a crawl because bushes and things were scraping the bottom of our car. What if we hit a rock and got stuck? It was late afternoon and there was nobody around for at least 20-30 miles. We could probably walk back to Cedarville and ask for help, but we would have to cancel the rest of the trip. No good. Not worth it. We couldn't even turn around, so my wife drove in reverse for about a mile before we got back on the "main" gravel road and made our way to a motel in Cedarville. At least we got some amazing views: 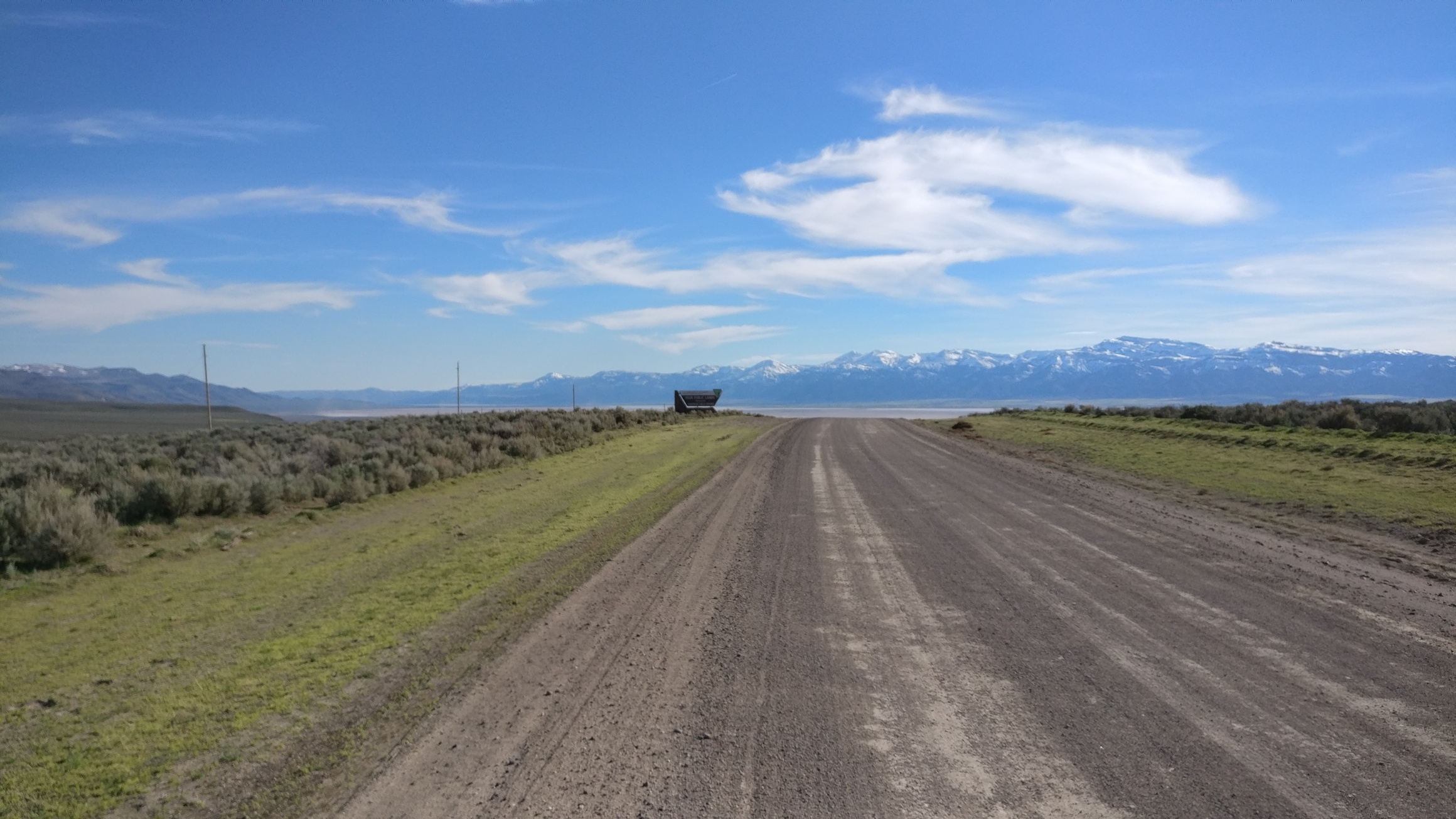 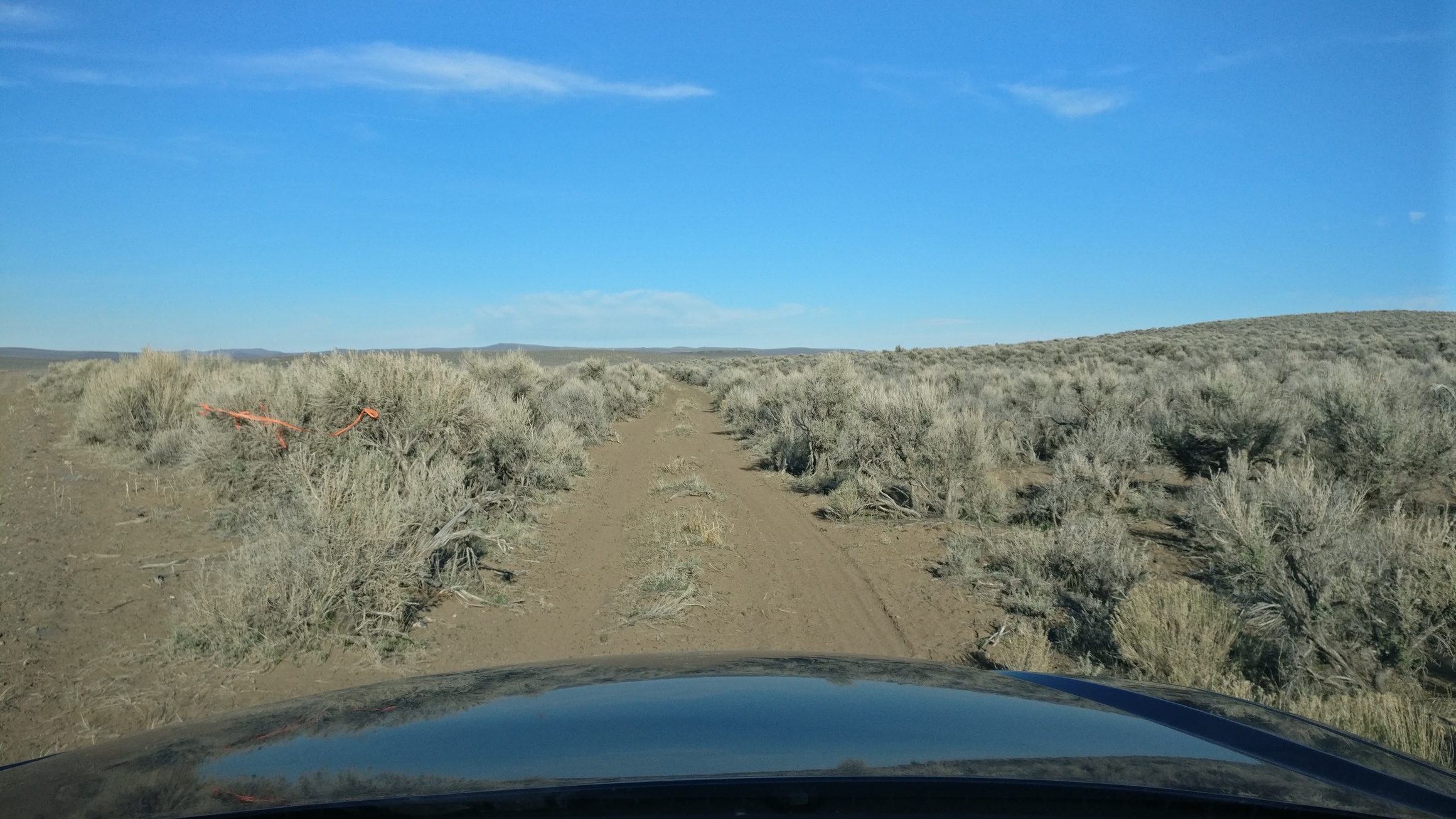 I haven't mentioned one important detail yet. Most of the risky situations you may find yourself in can be easy to handle if you can, you know, call for help. Unfortunately, phone service is spotty or absent in many of these interesting places. Much of National Park and National Forest land doesn't get any reception, which means you have to exercise caution even during short day hikes. Worse, those long, lonely, "No Service - Next 80 Miles" stretches of road offer between zero and one bars of service, meaning, if the unexpected happens, you either have to help yourself or hope a kind motorist does.

Helpless. That's what you are when separated from fellow humans. If you're in trouble and others aren't around to help then your story may be close to ending. We're fragile creatures, which is why evolutionary programming pushes us toward self-reliance when living far away from our tribe. Millions of rough, dangerous years, full of starvation and accidents, hard-coded some common sense into us. Prepping, as we call it today, feels strange because we don't have to worry about not dying as much as we used to. Those that live in remote places still have to though. Don't believe me? Try backpacking in Montana or Idaho for a week and tell me that didn't set your instincts tingling.